This olio explores the concept of normality, by looking at disability theory and eugenics. What is disability? How has it been defined in bioethics, for instance? What are the moral issues that arise when facing the possibility of so called, genetic "enhancement" in a world that is now introducing gene editing tools like CRISPR?

"To acknowledge the giftedness of life is to recognize that our talents and powers are not wholly our own doing, despite the effort we expend to develop and to exercise them. It is also to recognize that not everything in the world is open to whatever use we may desire or devise. Appreciating the gifted quality of life constrains the Promethean project and brings us to a certain humility.

(...) A few years ago Watson stirred controversy by saying that if a gene for homosexuality were discovered, a woman should be free to abort a fetus that carried it. When his remark provoked an uproar, he replied that he was not singling out gays but asserting a principle: women should be free to abort fetuses for any reason of genetic preference—for example, if the child would be dyslexic, or lacking musical talent, or too short to play basketball. Watson's scenarios are clearly objectionable to those for whom all abortion is an unspeakable crime. But for those who do not subscribe to the pro-life position, these scenarios raise a hard question: If it is morally troubling to contemplate abortion to avoid a gay child or a dyslexic one, doesn't this suggest that something is wrong with acting on any eugenic preference, even when no state coercion is involved? (...) Removing the coercion does not vindicate eugenics. The problem with eugenics and genetic engineering is that they represent the one-sided triumph of willfulness over giftedness, of dominion over reverence, of molding over beholding. Why, we may wonder, should we worry about this triumph? "

- Qouted from Michael J. Sandel “the case against perfection”, published in 2007.

This olio explores the concept of normality, by looking at disability theory and eugenics.
What is disability? How has it been defined in bioethics, for instance?
When you begin to think about the notion of disability,you quickly discover that it's quite a tricky concept.
Disability is a problematic word, implying that a person who is disabled is deficient, lacking an ability s/he’s supposed to have. How should we address disability? What should doctors, but also people in general, be doing for people who have a disability?

Our perception of certain disabilities evolves, but how about the individual’s perception? When someone feels intrinsically disabled, are we allowed to say that it is just because the environment is faulty and that they have to embrace their difference? What are the moral issues that arise when facing the possibility of genetic "enhancement"? 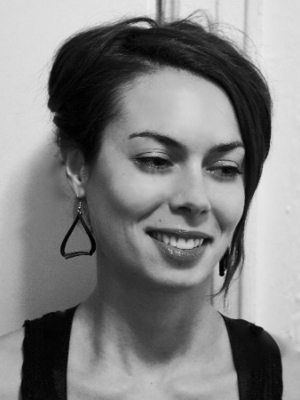 While teaching at different universities in New York, Jeanne is advocating for a widening of philosophical education beyond the academia frontiers by participating in different events open to the general public. She taught at Rikers Island as a volunteer, and regularly gives public talks in philosophy, leading her to recently produce her own podcast, "Can You Phil It?”.

Zoom link will be sent upon signup.

Add to Calendar April 19, 20216:30 p.m. April 19, 2021 America/New_York Think Olio | Disability and Perfectionism This olio explores the concept of normality, by looking at disability theory and eugenics. What is disability? How has it been defined in bioethics, for instance? What are the moral issues that arise when facing the possibility of so called, genetic "enhancement" in a world that is now introducing gene editing tools like CRISPR? Online

What is Think Olio?

Think Olio is here to put the liberation back into the liberal arts.

Classically, the liberal arts, were the education considered essential for a free person to take an active part in civic life. To counter a humanities that has been institutionalized and dehumanized we infuse critical thinking, openness, playfulness, and compassion into our learning experience.

Read more about our mission, our story, and how we are doing this.

If Friday night lectures, museum field trips, and living room salons sound like your kind of thing, then you've found your people. We can't wait to welcome you to the Think Olio Scenius. More info

Olio: A miscellaneous collection of art and literature.